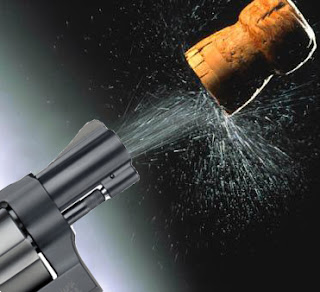 2011 was pretty deadly here in the Eugene / Springfield area of Oregon.  There have been 14 shootings reported in the media (though most suicides and accidents go unreported) in this small-town area.  This is the highest number of shootings for at least the last four years in my area (since I've been keeping track), and probably much longer.  9 dead, 6 injured.  That is only for my area, not for the rest of Oregon.  It has been a particularly deadly year in southern Oregon and over in the Coos Bay area, as well as Portland, but I'm not going into those here.

There were 2 murder/suicides in that number (here and here) in the Eugene area.  Questions still surround these, as there is no known motive for either of them, and no note.

For those of you convinced that drug dealers and gangs are responsible for most shootings, here in my area only 2 of the shootings are linked to them. Neither was fatal.  These don't count the accidental shooting (of a friend mistaken as a robber) at a medical marijuana grower in Springfield, or a shooting at another medical marijuana grower in Eugene.
There were also a record number of armed robberies.  A handful, 4 or 5, involved threats with knives.  About that many had only a note and no weapon.  But 27 armed robberies in my area had robbers who used guns.  Nearly all were of businesses or banks.  Luckily, none of them resulted in any injures.  And in none of them did anyone try to resist by drawing their own concealed weapon.  The bit of money the robbers were after is hardly worth a life-and-death shootout.
There were two shootings at homes that were ruled as defensive, "justified" shootings.  One was a domestic dispute involving a property dispute between a man and his sister's partner, with questionable circumstances that led to the death of the brother (the shooter claimed he was attacked with a tire iron, but friends of the deceased claim the sister and her partner wanted the brother's land, and why did the partner walk out of the house to confront the deceased instead of calling the sheriff?).  The other was where two suspects invaded a legal marijuana grower's property to steal marijuana.  The homeowners pulled out a shotgun.  Can you guess who got injured?  Not the robbers.
The shooting that made the most headlines was the death of a traffic cop, Officer Chris Kilcullen, at the hands of a dangerously mentally ill woman, Cheryl Kidd, during a traffic stop in April.  The shooter had been mentally ill for a long time, schizophrenic, and convinced that the police were out to shoot her.  She was so dangerously ill that her doctor had sent her to the hospital a couple months before to be evaluated.  Nonetheless, she had been able to legally purchase her gun at a local sporting goods store, clearing a background check.  (Oregon only sent two records of mentally ill persons to the NICS background check system in all of 2011, despite a legal mandate).  There is now a stretch of highway dedicated to Officer Kilcullen, but the best tribute would be to pass legislation to strengthen the background check system to prevent this from happening.  So far, that hasn't been done.
There were also a very few suicides reported (they only get reported if they are very public in some manner), a couple accidental shootings (one was of an off-duty police officer who, while at a shooting range, shot himself while trying to remove his loaded rifle from his car), and an assortment of non-fatal and general gun crimes of all types.  In all, there were at least 55 gun-related crimes that were reported in the media for my area, that I am aware of.  Who knows how many weren't reported in the media.  I occasionally hear of one or two, and gun crimes are so commonplace that most are not reported in all media outlets, just one or two, so unless I read them all every day (which rarely happens), then sometimes they get past me.
In my next post I will focus on our efforts to reduce gun crimes in my area in 2011, and our successes and obstacles.
Have a safe and happy New Year.  Together, we can work to create a new trajectory for our communities away from gun violence.

In Part II of this 2-part posting, I talk about our accomplishments and challenges from 2011, and how Ceasefire Oregon has worked to reduce gun violence in that year.

Image taken from here.
Posted by Baldr Odinson at 10:41 PM