Poem: Let Us Explain How This Happened In Your School

(The poem and collage, below, and preamble, are by Cynthia Jacobi, a volunteer for Ceasefire Oregon)

Because reasonable people find no reason to be so

James Brady, the Man Behind the Brady Bill, Passes Away at Age 73

A statement from Ceasefire Oregon: 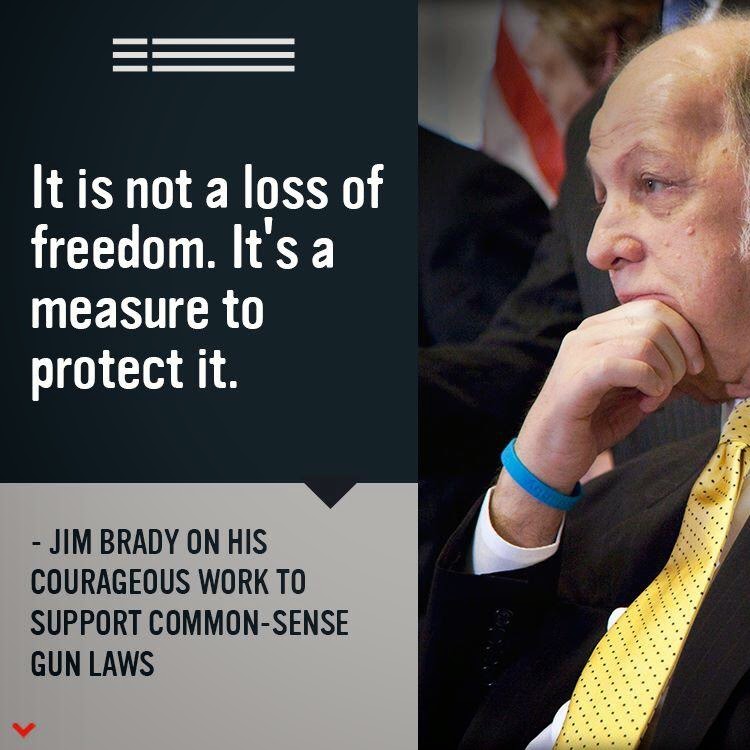 Wounded during an assassination attempt against President Ronald Reagan, Jim Brady and his wife turned personal tragedy into a 30-year crusade to pass stronger gun laws and save lives. For those maimed by gun violence, he became a symbol of the purposeful life, made meaningful by the struggle to make all Americans safer.

As the Brady Campaign to Prevent Gun Violence pointed out, "Because of Jim's hard work and the policy that bears his name--the Brady Handgun Violence Prevention Act--an estimated 2 million gun sales to criminals, domestic abusers and other dangerous people have been blocked. As a result, countless lives have been saved. In fact, there are few Americans in history who are as directly responsible for saving as many lives as Jim."


ADDENDA:
An online condolence card can be signed HERE.

Articles from national news sites can be found HERE and HERE.

Other statements regarding Jim Brady's passing can be found HERE, and HERE.


UPDATE (8/10/14):  A coroner has ruled Brady's death a homicide, since he died from ongoing complications caused by the bullet wound from Hinckly 33 years ago.
Posted by Baldr Odinson at 4:59 PM