Aurora: The Pro-Gun Fantasy of A Conceal-Carry Hero 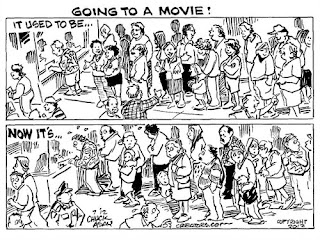 It’s a common pro-gun fantasy for those who carry their guns in public:  shoot the bad guy before they go on a killing spree.  Like some sort of Punisher, they’d pull their gun from their holster, breathe slowly and pull the trigger, and the bad guy would fall dead.   What a hero!

Of course, real life is far different.  According to one study at the University of Pennsylvania School of Medicine, if you carry a concealed weapon, you are 4.5 times MORE likely to be shot in an assault than if you don’t possess a gun.  That hunk of deadly metal may give you more of a false sense of security, make you more likely to engage a dangerous suspect, make you less likely to flee an attacker, and, if pulled, may trigger a more aggressive response from the attacker.

But the gun guys don’t let the facts get in the way of their fantasies.  They surely have better training than those in the study, right?

After the shooting in Aurora, Colorado, a host of pro-gunners came out of the woodwork to proclaim that if only a citizen with a concealed handgun had been in the theater, the shooter would have been shot dead by them.  Often, they put themselves in that role, saying that if THEY had been there, they would have succeeded in playing the hero.

Pro-gun advocate extreme and draft dodger, Ted Nugent, can always be counted on for spouting off such nonsense.  After the shooting, he Tweeted:

“We pray for all victims&loved ones of demonshooter in CO& we SALUTE the brave warriors who saved lives IF only they would hav had a good gun.”

He then went on the Glenn Beck show and said that he could have taken out the Aurora shooter, James Holmes, if he had been there.  In fact, he said, “I wish I could have been in the theater that day.”  (at this point, Glenn Beck wished he had been there, too).  And why does Ted Nugent feel he would have been successful at it?  Because he had practiced by shooting watermelons with silhouettes around them.

I ain't tough and I ain't fast.... But if he did not shoot me in the first couple of shots, I would have dusted his arse.....

And in another article, a 51-year old rugby coach boasts:

I’ve been in a shooting, and I can tell you that the situation isn’t like it is at a shooting range.  Even though the shooting I was in cost “only” one life, I can attest that there is screaming, people running, a huge rush of adrenaline, and a serious suspension of rational thought by everyone around, including you.

And in Aurora, you had a shooter covered head-to-toe in ballistic armor, armed with multiple guns, including an assault rifle with a 100-round ammo drum.  There was tear gas, darkness, and a theater filled with hundreds of people in a tight space, running and screaming and dying all around.  And these guys think their pea-shooter concealed handgun is going to shoot and kill this guy, without hitting an innocent, and without them being mistaken as the bad guy?

But don’t just take my word for it.  Instead, let’s listen to people who have carried guns into combat situations, who have had to use their weapons to kill armed attackers, and who understand the stresses of such a situation.

Here’s what a former police officer and the president of the Police Foundation had to say about it:

‘But Hubert Williams, former head of the Newark police department and president of the Police Foundation, said that the idea that average citizens with guns could keep a theater safe only makes sense "on a piece of paper."

"Reality is much more complicated. What if you pull a gun out, take aim and someone else thinks you're the shooter?" he asked. "Would you stand up against an AR-15, AK-47 military-style assault weapon? Give me a break."’

Here is what another ex-cop had to say about it, who had served for 30 years:

The suddenness and confusion of that moment points out the folly of the politician’s belief that an armed civilian could have easily taken out James Holmes. Imagine the scene: speakers blasting, larger-than-life heroes and villains on the screen, and suddenly real gunshots, a man in a gas mask firing one of three weapons — a shotgun, handgun and rifle, with extended magazines for extra ammo capacity — into the panicking crowd. Even a highly trained, armed police officer would have been caught off guard. Try adding a bunch of untrained, armed civilians into the mix — this type of intervention could have made things much worse.

Here is what an ex-infantry officer had to say about it.  He had served in Iraq and Afghanistan, and was actually a high school student in Littleton, Colorado, when the Columbine High School shooting occurred nearby:

As a veteran, should I register for a concealed-carry license and always be armed? Even then, would I, as a trained rifleman, really be able to shoot a single person through a cloud of tear gas in a movie theater full of people screaming and running? What if I started shooting and there was another person with a gun in the crowd?

Or should I lobby for increased gun control?

For months after the Columbine massacre, people were constantly telling one another: “I wish I’d been there, I would’ve tackled that guy.” My Chatfield classmates and I would stand on the steps of our school and watch as Columbine survivors limped into class on their crutches. The reality, of course, is that we wouldn’t have tackled the shooters. Shooters aren’t tackled until their clips are empty, and by then it’s too late.

Serving in a combat zone means constant vigilance against unseen enemies. It means wearing heavy body armor, no matter what the weather is doing. It means taking weapons with you when you eat or use the restroom. It means, quite literally, never putting them down. The common argument made by gun-rights advocates is that they “don’t want to be in a one-way firefight,” which argues for not restricting the sale of things like semiautomatic weapons, high-capacity magazines and tear-gas grenades. Their contention is that the only real way to stop dedicated shooters is for there to be plenty of other shooters around.

I think his observation is a good one.  Which is a path we wish to follow as a nation:  arming our citizens with the expectation that we live in a combat zone, or instead doing more to keep weapons out of the hands of those who would misuse them?

The United Kingdom chose to make changes to the availability of weapons after gun violence was getting out of hand there.  Today, as described in a recent article in the Economist, shootings are now almost unheard of there, armed robberies with any weapon are now practically a thing of the past, and violence in general (including non-gun-related) has dropped precipitously (by 30% since 2005).

Australia also chose to make changes to the availability of weapons after a similar mass shooting.  According to one of the ex-prime ministers:

Research published in 2010 in the American Journal of Law and Economics found that firearm homicides, in Australia, dropped 59 per cent between 1995 and 2006. There was no offsetting increase in non-firearm-related murders. Researchers at Harvard University in 2011 revealed that in the 18 years prior to the 1996 Australian laws, there were 13 gun massacres (four or more fatalities) in Australia, resulting in 102 deaths. There have been none in that category since the Port Arthur laws.

More guns does not equal less crime.  We’ve tried it the way that the NRA wants, and it hasn’t helped.  Now is the time to act and require tougher regulation of guns, ban assault weapons and high-capacity ammo clips, and return our nation to a place where we no longer fear to go to theaters or walk down our street with a bag of Skittles.

ADDENDUM (8/1/12): Additional things that some pro-gun advocates have said about the Aurora shooting.

UPDATE (8/1/12):  Here is a report of a three men who brought concealed handguns to a Tennessee theater showing Batman Rises.  Did they think they wouldn't be caught?  Were they at all concerned about the effect that bringing a gun into that theater have on the other viewers, given what happened in Aurora?
Posted by Baldr Odinson at 1:17 PM